Such an amazing weekend

I spended last weekend at Evi. And it was so much fun. I went to her at friday evening and we already ate way too much bad things like chips and popcorn. Sometimes you have to do a bit crazy, right? We watched the XXXL marathon from Family Guy and after that we watched a part from the film Napoleon Dynamite. After that we went to sleep. Saturday we went to Arnhem, we wanted to go to the Mode Bienale. But the tickets for the fashion show at 4 O'clock was already sold out. Such a shame... But we decided to do a bit of shopping. We found this store with the most awful dresses. Seriously! So tacky and ugly! We both tried a dress on and made a photo of it! I'll post the photo from myself with the dress, but not the photo from Evi. Don't think she's going to like that, haha. Not the best photo of me, but what can you do about it? You can't be always perfect. And excuse me for the bra straps.

When we walked out that tacky store, we went to this chocolate store. With the most delicious things! We bought these chocolate things with an orange taste in the middle of it, chocolate truffles with whipcream in it and two things that has the shape of a cupcake, but the entire thing was from chocolate and in it there was these hazelnutcream in it (hope the explanation was good enough!). Seriously, everything was so delicious.

After that we went to the H&M to the accessories. Were I bought some things. Already showed some things like the hat in this post. More is coming up! I promise.

That evening we went to the movies in Doetinchem. We went to The Proposal with Sandra Bullock. Om my gosh, that film is genious! I laughed my uhm.. Behind off! If you haven't seen that movie yet, go see it! I almost command it! We had some time left before the film started and we made some photos, well, Evi made some blogphotos of me. When the film was over, Evi's dad picked us up and we went to Evi's home. At Comedy Central there was a Family Guy weekend, so we watched again a bunch of episodes from the Family Guy. So so funny.

Sunday was a relaxed day. We did kind of nothing. We sat in our pj's till 2 o'clock in the afternoon. When we finally got dressed Evi, my best friend and personal photgrapher, made again some blogphotos. Thank you Evi ^^ After that we watched a lot of Made episodes, because at MTV there was a Made weekend. Around 6 o'clock my mom was there to pick me up. Traveling to Evi by train takes about 2 hours and if you have bad luck more. It was such a shame it was already over, but we do have some good new memories now!

Here are the photos that Evi made of me in Doetinchem. And there are a lot of them. Maybe nice for a change? 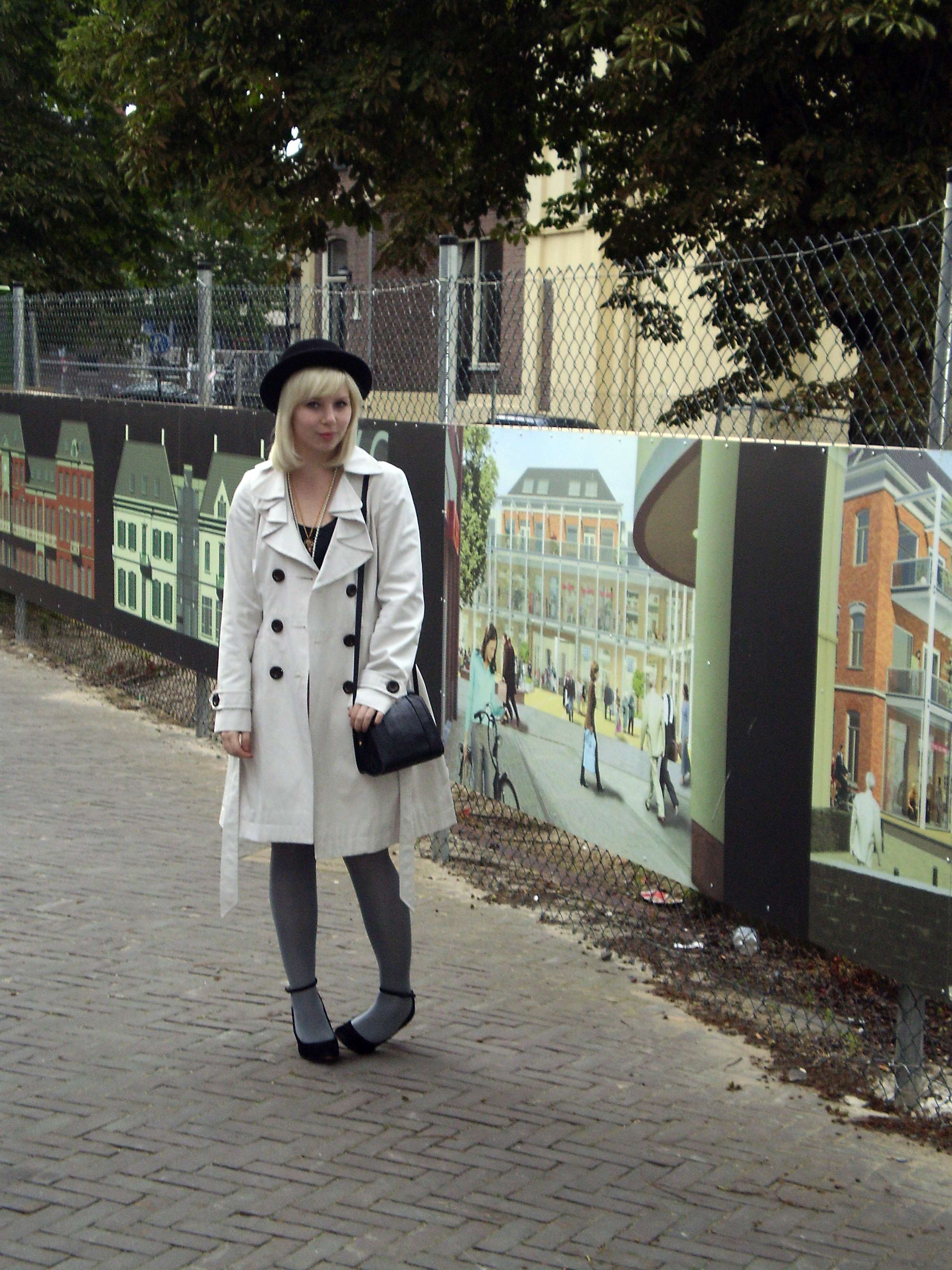 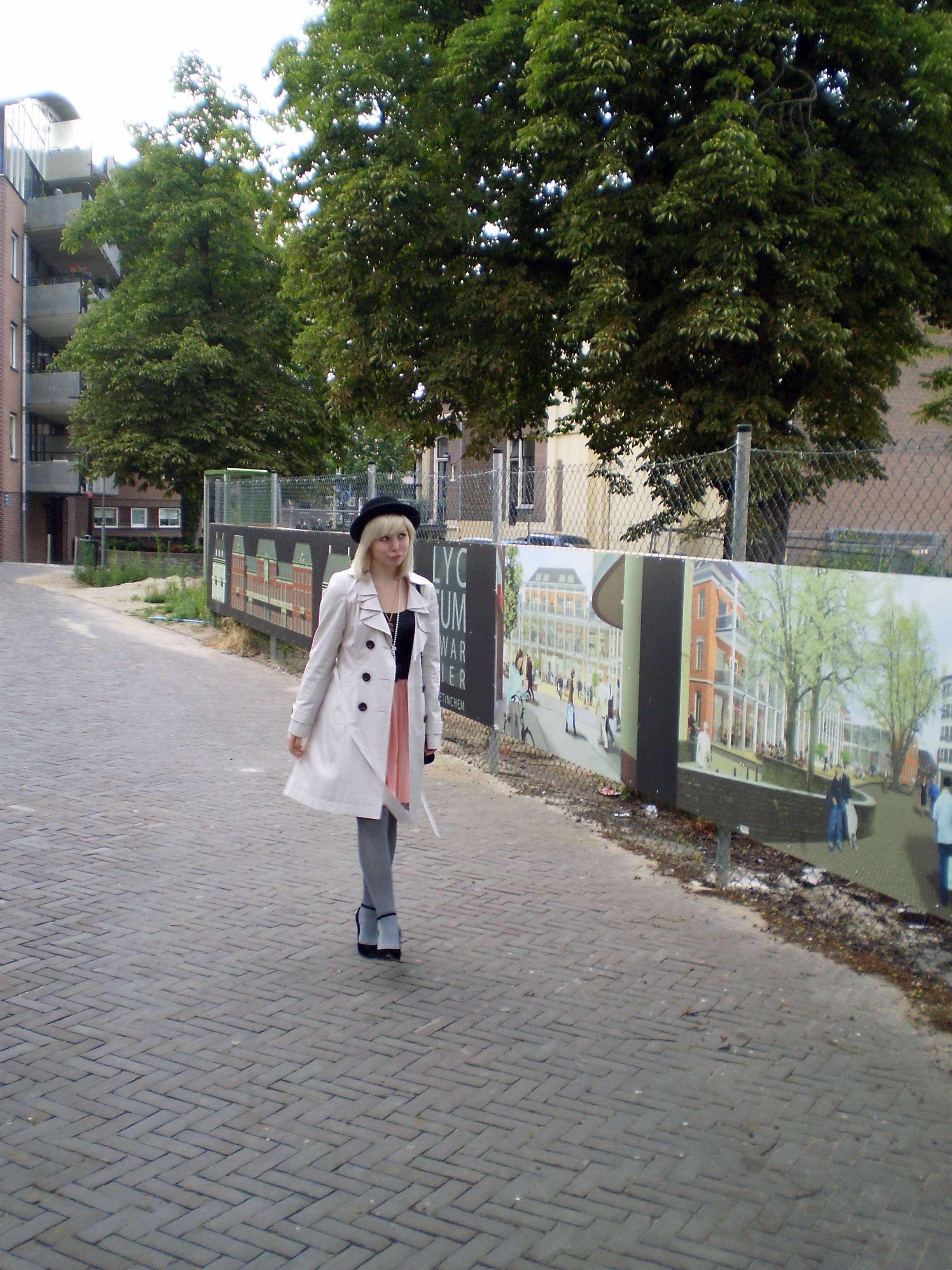 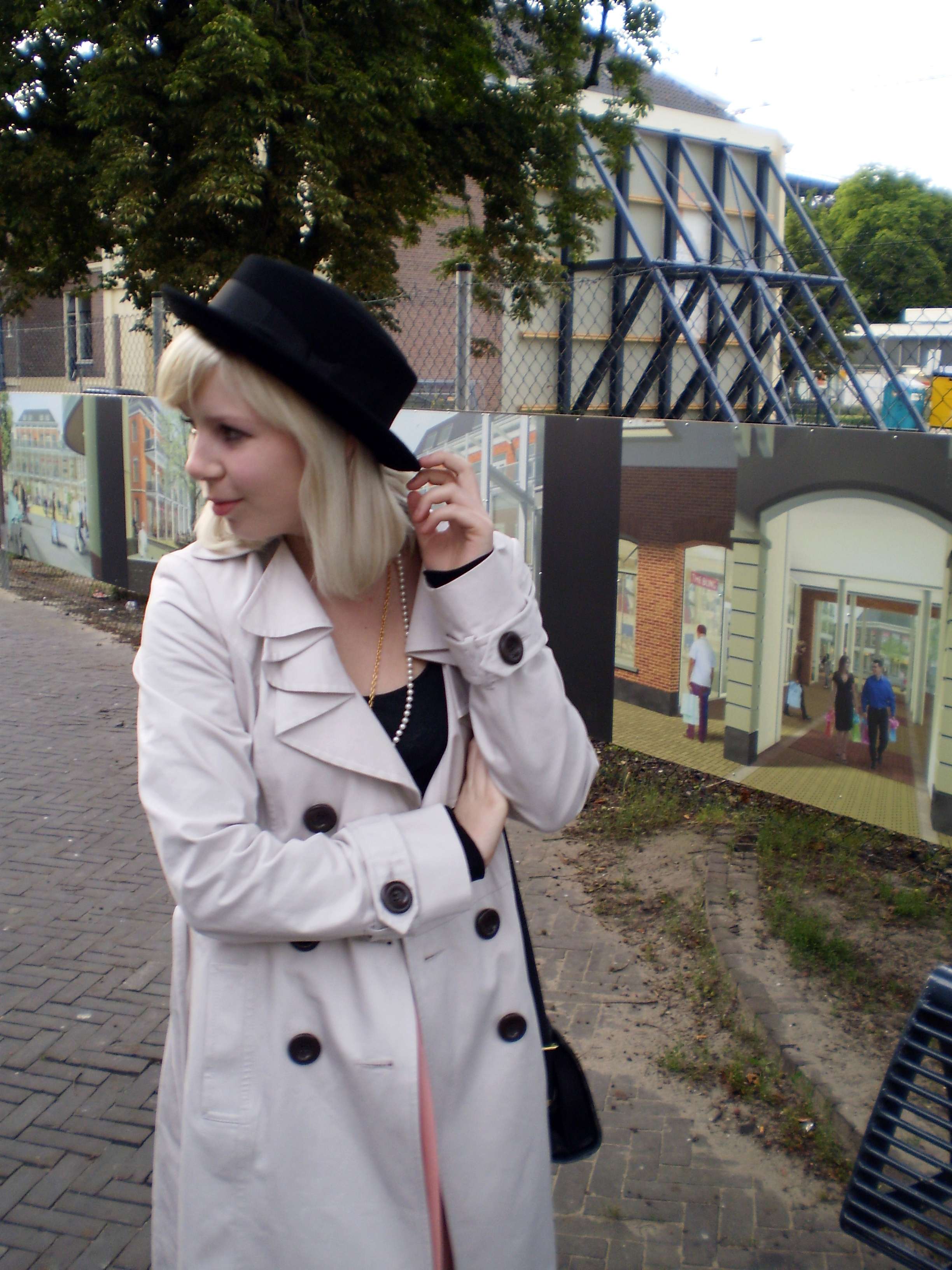 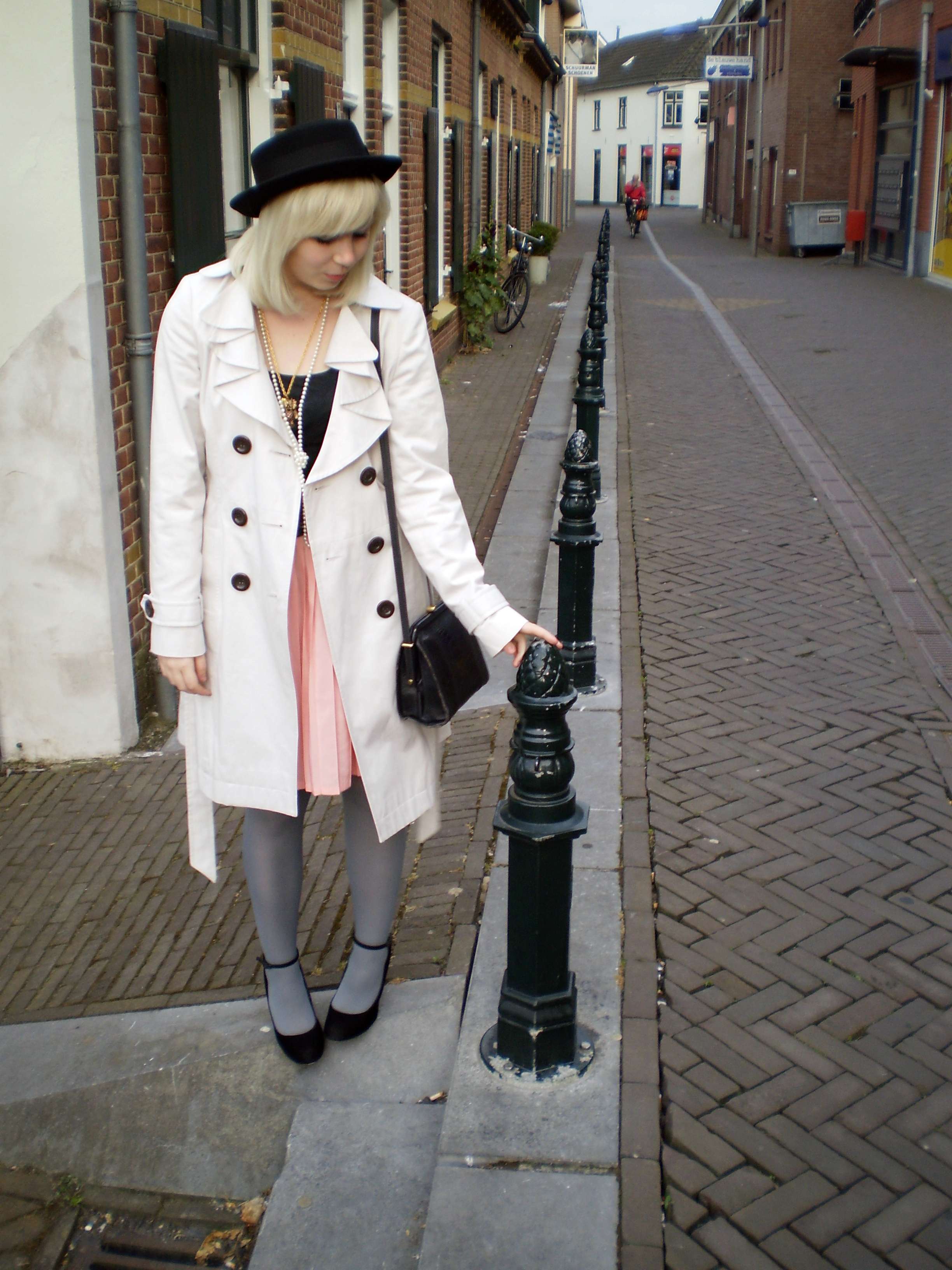 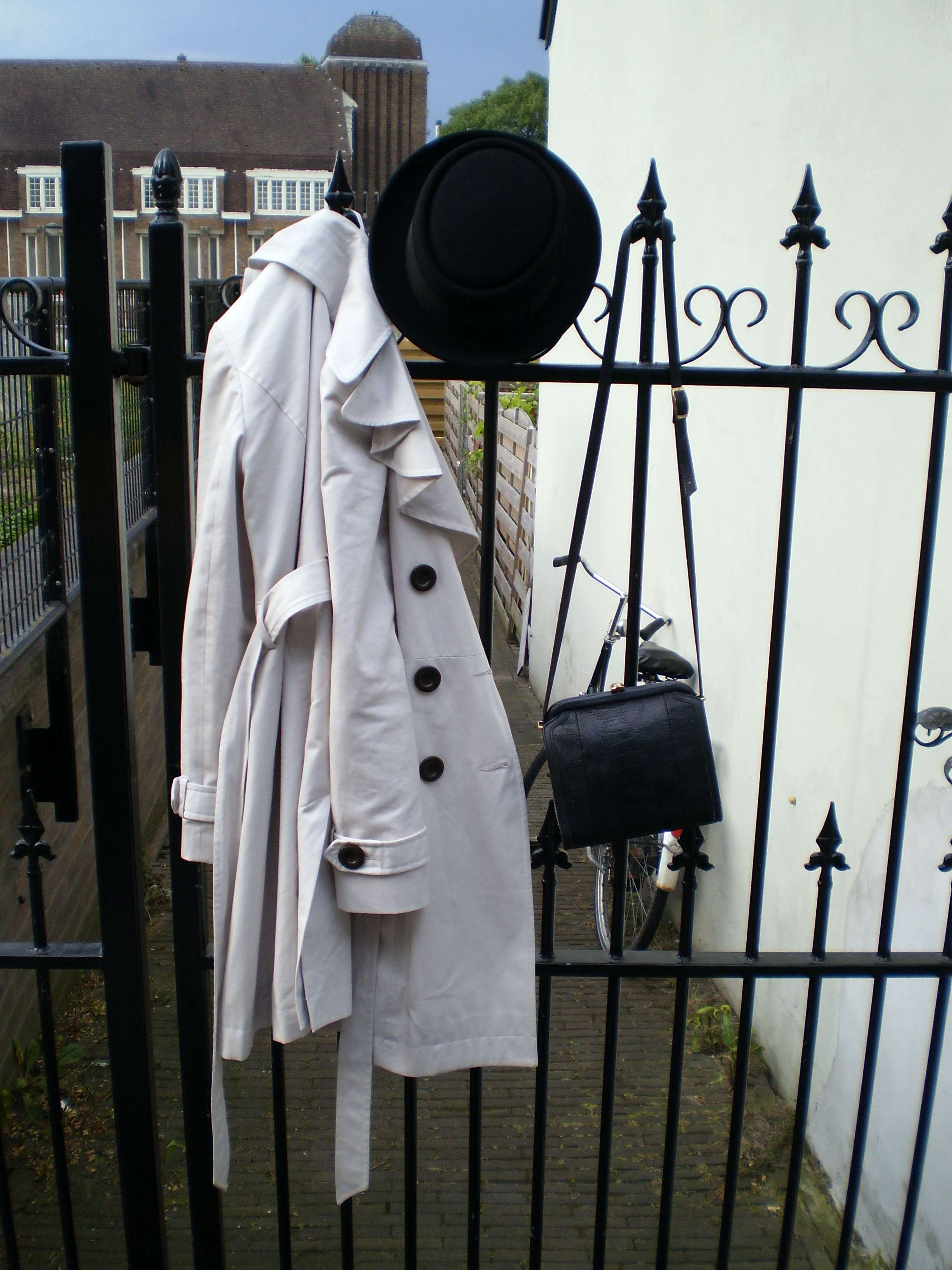 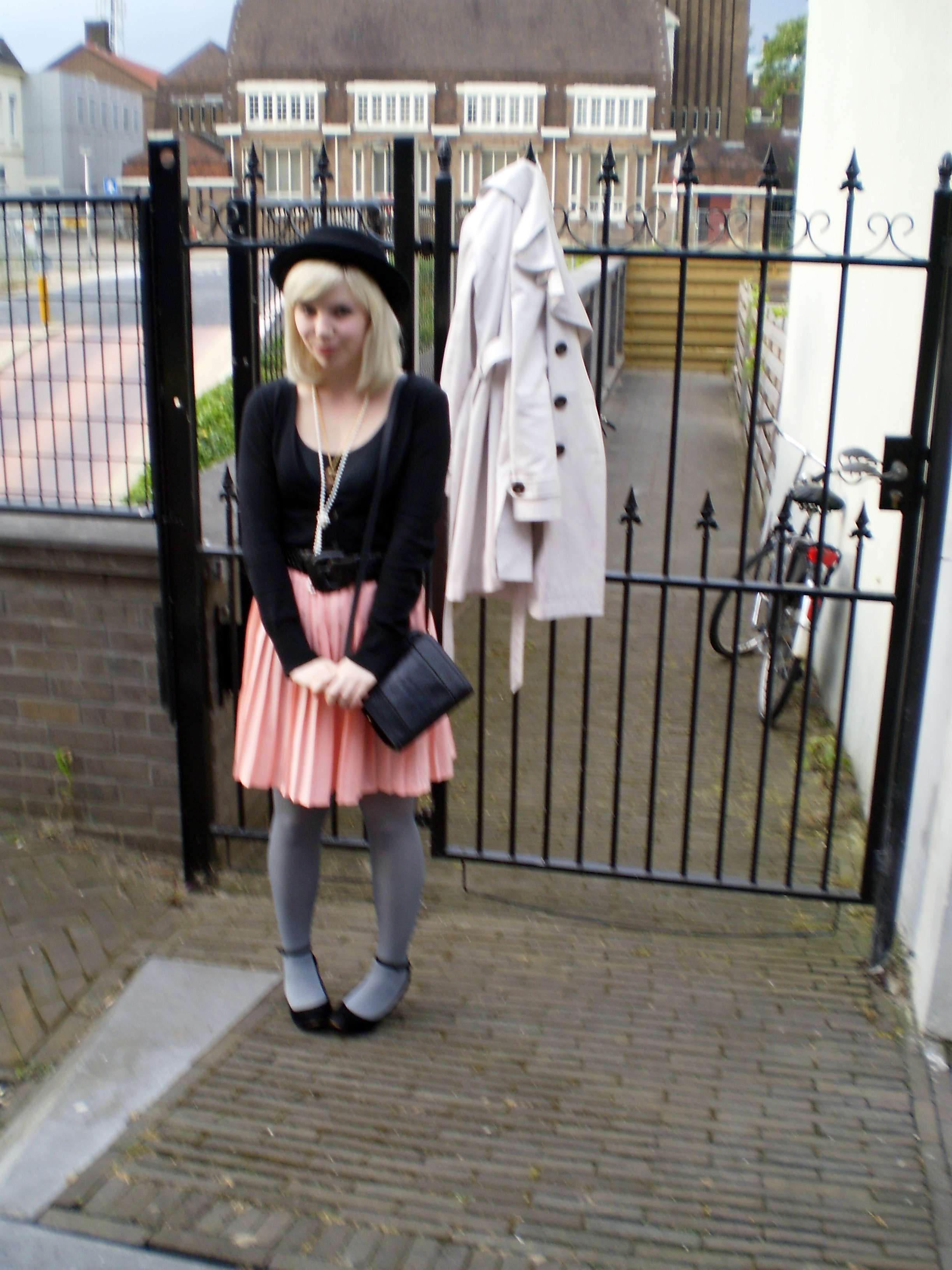 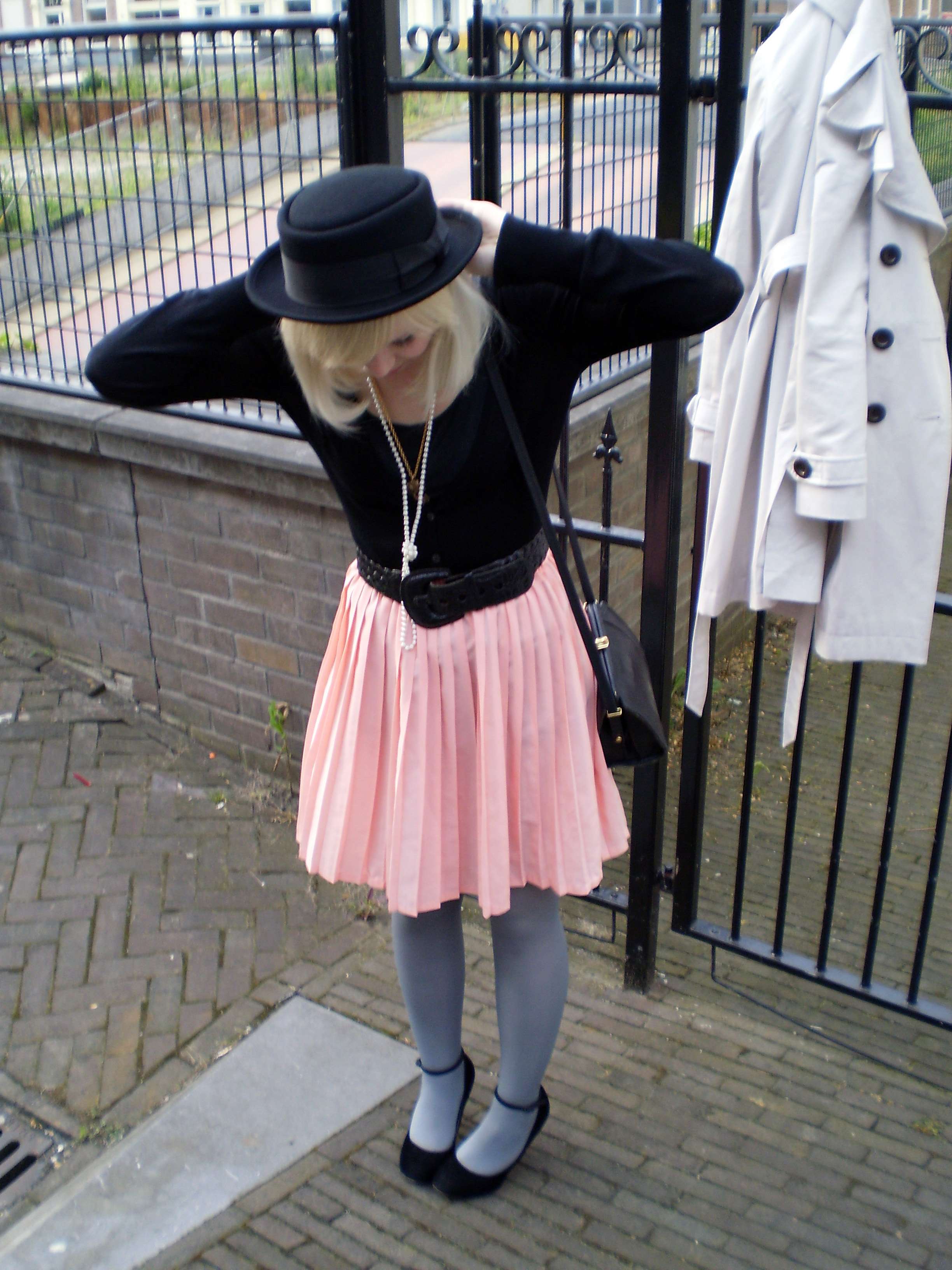 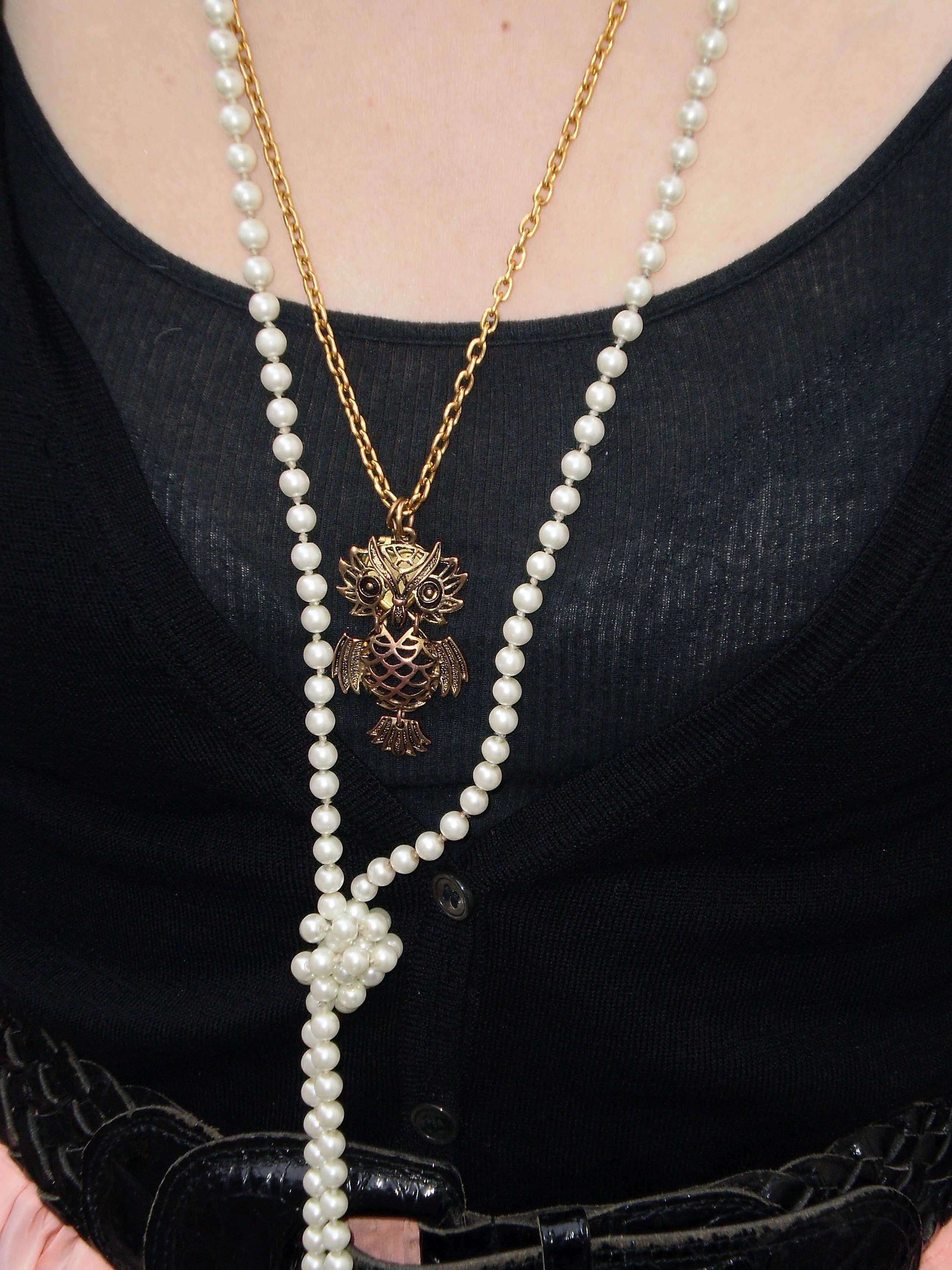 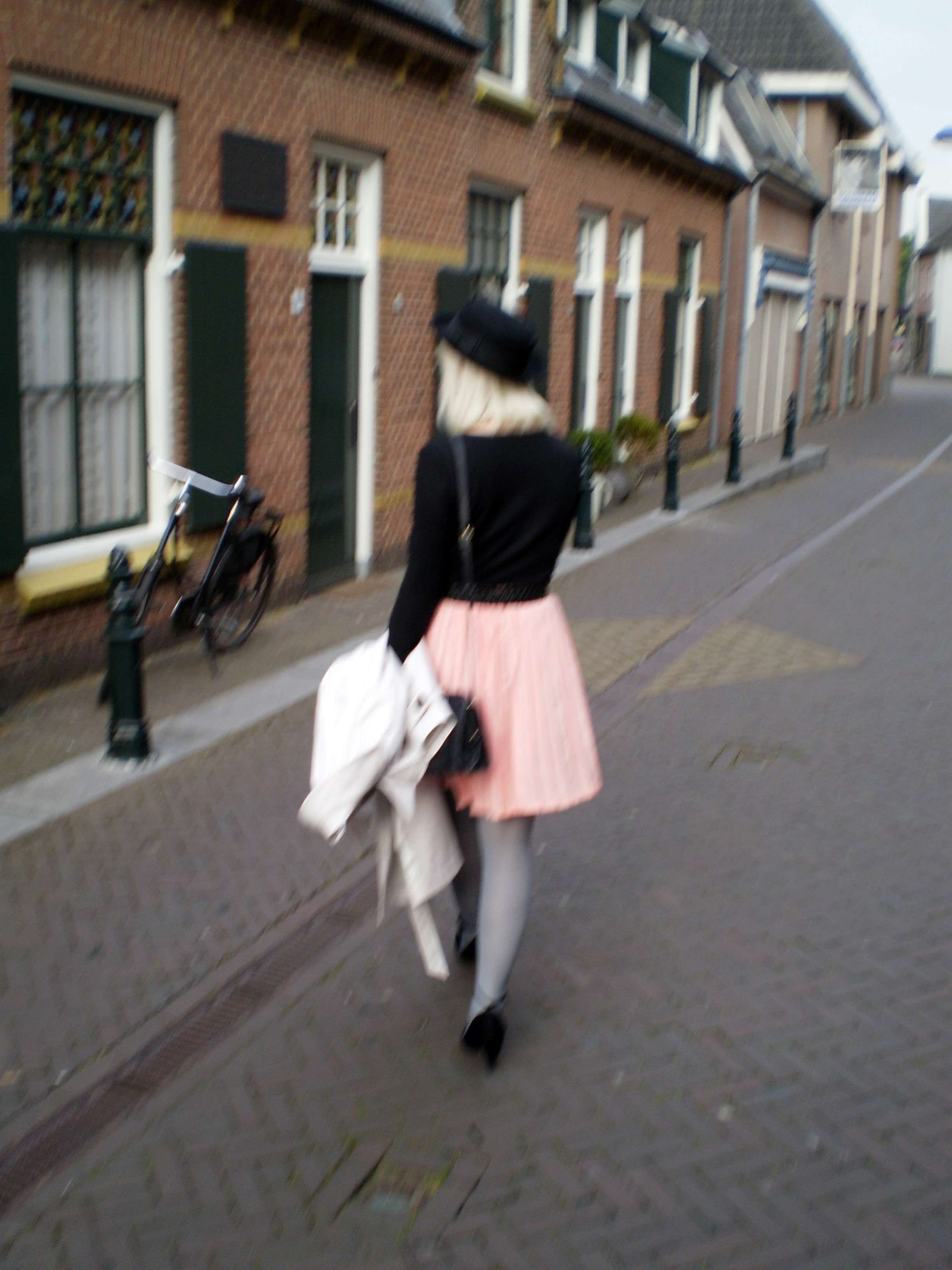 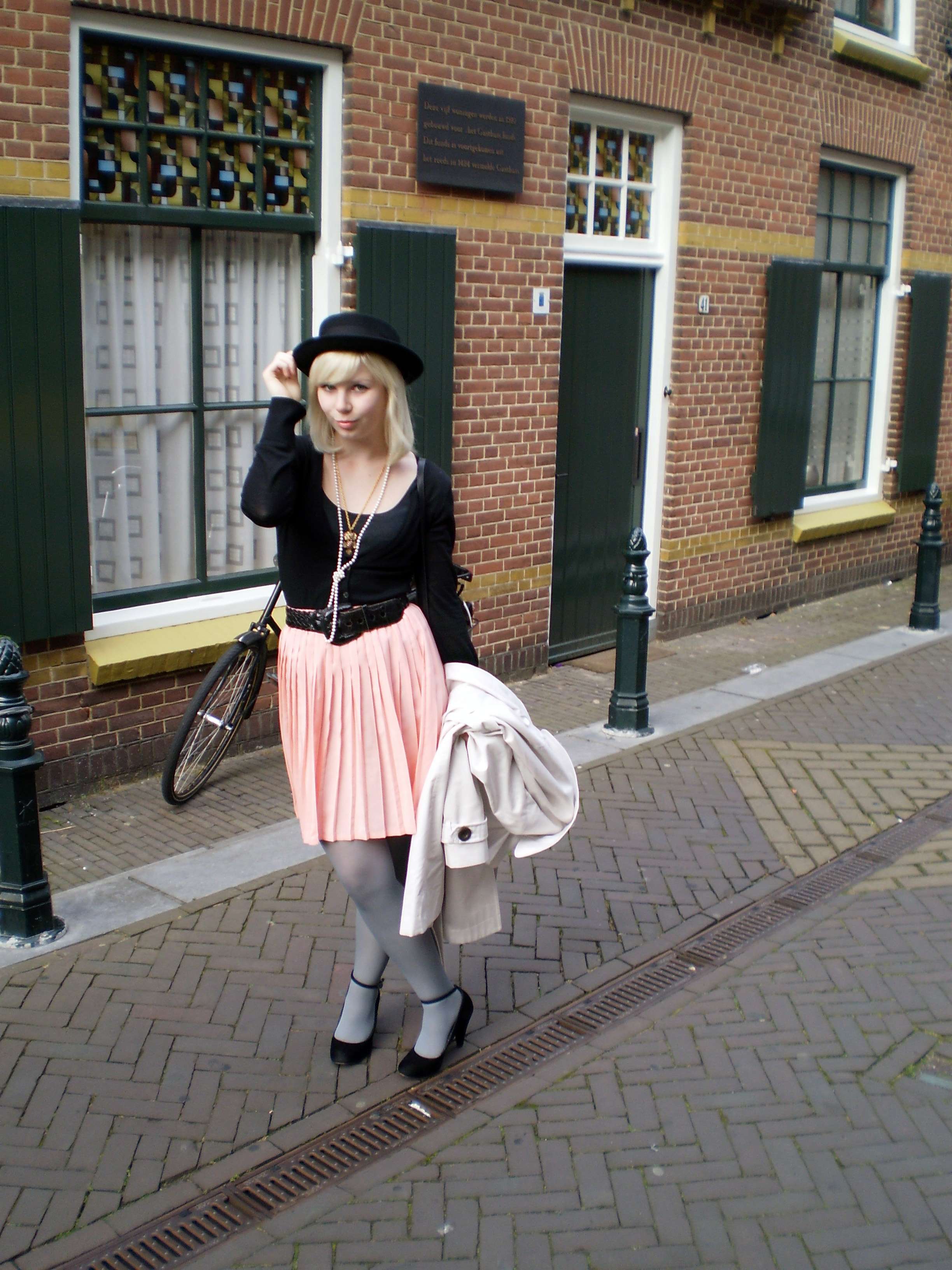 I love that skirt, it is such a soft pink. Also, I am a sucker for pleats.

you look adorable! i love the pink/black/gray/cream combination!

I love the ruffled lapels on that coat!

Love both your outfits, the dress in the first one, every piece in the second one:) Cute pics, too.

i looove your outfit here, it's wonderful

The hat tops it all off perfectly!

i want that coat!