School started this week and I'm already ridiculous busy. Not that I mind, I look school, but it's a bit pity that I don't have much time for my blog then. And I really like to write things and post my outfits. It's a bit of my daily routine now. But now I have my weekend and time for a post! Finally. I couldn't decide what to wear today. So I wore an outfit you've already seen. I was glad that I had a short day at school, so I could change my outfit quick. But home I still had the problem of what to wear. The past couple of weeks I'm a bit inspireless. I just don't know what to wear and I don't like anything. Only my boyfriend would come over this afternoon, so I threw something on. Later when he was gone, I had the time again to decide what to wear. It was already 7 pm. I was already wearing my new shirt from the H&M, that I bought the day before yesterday, just like the blazer. Now the bottom. Would it become a skirt? Or a jeans? After spitting through my skirts and jeans I found my black jeans back that I bought about a year ago, but never wore that much, because it was actually a size to big. And it's still to big! But it's still one of my favorite jeans. So I decided to wear the black Fornarina jeans, with some kind of coating on it and my gladiator heels. The hair in a ponytail and red lips. I was done! Kinda stupid that it was already evening haha. My dad picked me up this evening, so I packed the things I needed and went down stairs. He was already there. And he immediatly said that I looked good. He never says that immediatly. And later he said I looked a bit like Blondie. I think that's actually really cool haha. 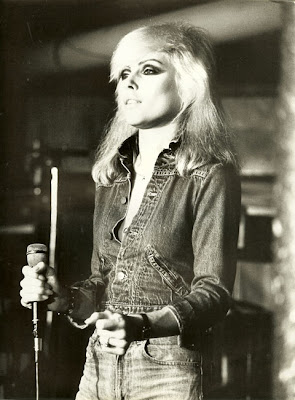 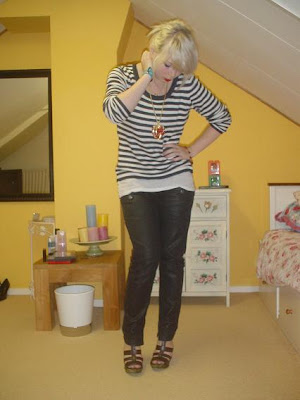 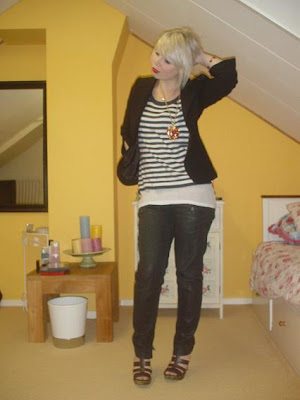 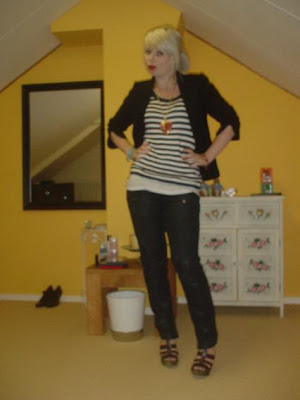 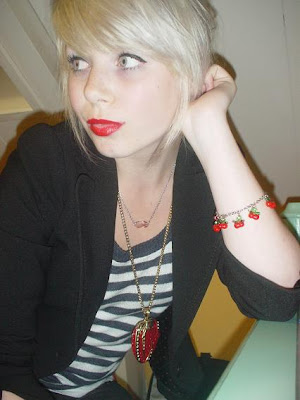 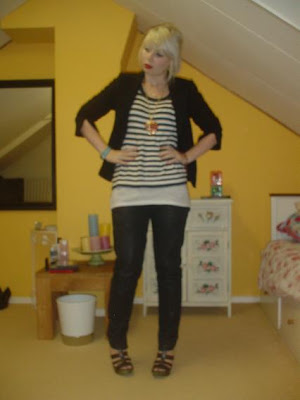 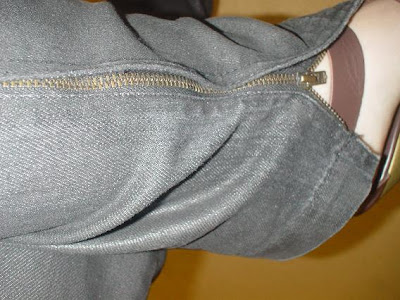 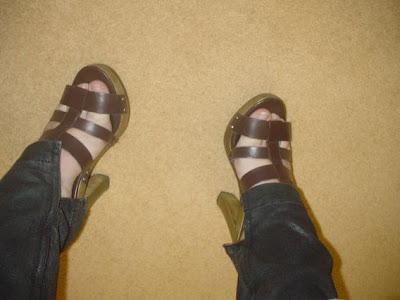