The children that the Blythe dolls were a bit scary because of the eyes that changed from green to pink to blue to orange with the pull of the drawsting at the back of Blythe's head. The Blythe doll was only produced for one year, but now it is apparent that se was ahead of her time. Blythe was a curiosity for years, that only doll collecters were interested in.
In 1997, a friend introduced Gina Garan to Blythe. Gina had just been gived an old camera and he tought she liked the doll to test the camera with. The first photos that she made with her camera were of Blythe. Gina, who works as a video and TV producer, started carrying at least one of her Blythes wherever she went on her travels around the world and took many photos. 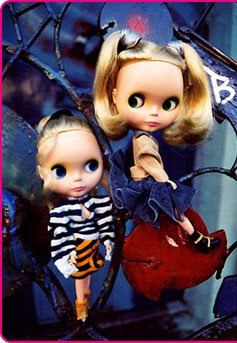 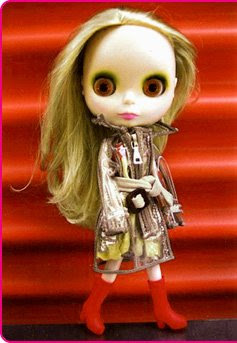 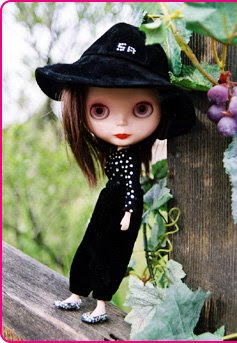 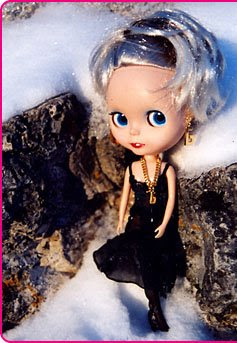 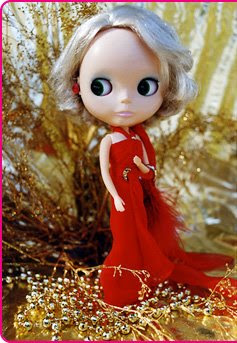 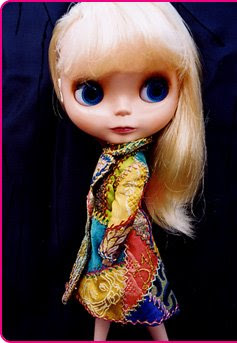 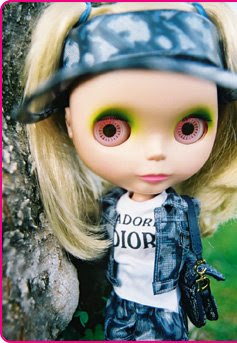 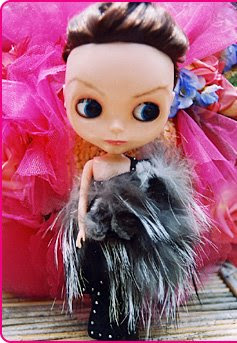 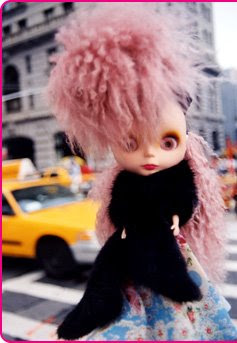 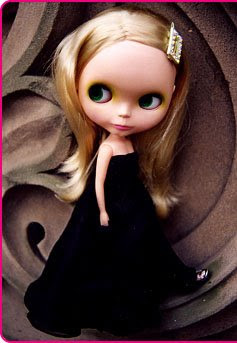 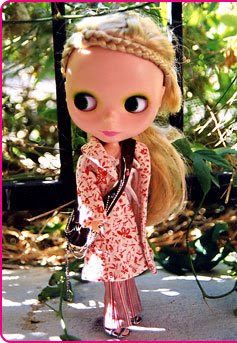 In my opinion they're really cool, but a bit expensive. Or I should look on ebay or something like that.
Posted by Sam at 5:56 PM

Email ThisBlogThis!Share to TwitterShare to FacebookShare to Pinterest
Labels: others