At one of the last days we were in New York we went to the enormous toystore F.A.O. Swartz. It felted like I was a little girl again. And I think my dad felt the same. But then a little boy. When you go in the store is the first thing you see the biggest cuddly toy you've ever seen. An enormous dragon! The dragon of Harry Potter part 4. Damn, that thing was so cool haha. I felted so small! The inner little girl in me wanted straigh to the doll department. So we had to go up to the second floor. Oh my gosh, what were all those barbies pretty. As I walked further I saw a Scarlett O'Hara doll! It wasn't a Barbie, but from another brand. And as a Gone With The Wind addict I am, I made a little yell. Too bad the doll was a bit pricy, otherwise I would have certainly bought it. But I did made some photo's of it. And at the same floor, there were also some Harry Potter things. The dad is a pretty big Harry Potter fan haha. So we bought some scarfs and hats in the colours of Gryffindor for the family. 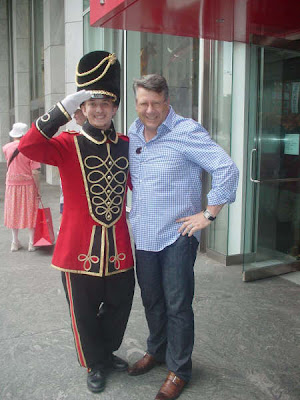 I made this photo when we went into the store. 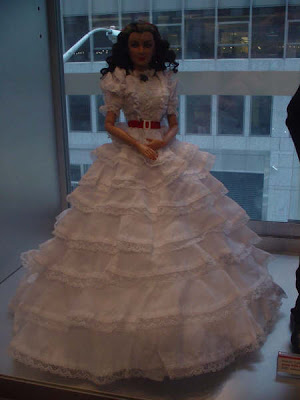 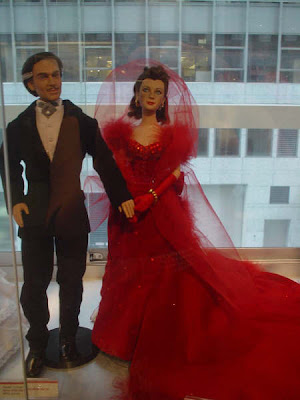 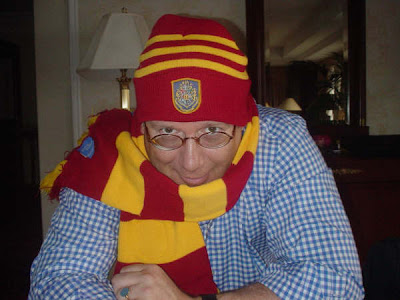 The dad with the scarf and hat haha.
Posted by Sam at 5:59 PM

the pictures are so cute!
i remember i was there when i was like 6 or 7 and I loved it!!!
especially the barbies!
hope you had fun!