My New York purchases at Prada

So the first day we arrived in New York, it was already evening. We unpacked our bags and ate something and then we went for a little walk. In the street were our hotel was, were the biggest, expensivest (do you write it like that?) and the most beautiful stores I've ever seen! Well, maybe I've seen it before 3 years ago, but I wasn't paying any attention to it. (3 years ago I was in New York for the first time, now was the second time.)

I saw a Fendi store, Channel, Gucci and way more. And than there it was. The Prada store. Secretly I'm a big fan of Prada and especially of the fall/winter collection with all the lace. And in Milan I saw this cute, gorgeous jacket of Prada. So I was wondering if the jacket was also there, so I could show it to my dad. I asked my dad if we could go in the store and he said yes. We went into the store and the first thing you see is a lot of bags and some suitcases. Everything was just.. Well, frankly gorgeous. At the first floor were the shoes. As a big shoe-addict like me, I had to go there. Just everywhere gorgeous shoes. It was a shoe heaven! And at the second floor were the clothes. My mouth fell open with all the amazing clothes they had. I was looking around for the jacket and yes, they had it! So with a bit high voice I said 'Dad! Here is the jacket!' and because of the tone of my voice the salesman heard me, so he was coming to us and said that I had to put it on. The salesman name is Hassan, he's a really really nice guy. And he's French. But I had to put it on and I was like 'Can I touch it? Do I dare to touch it?'. I was way to afraid that I would do something bad to it. I mean, it is so beautifull and delicate. But I put it on and I was speechless. My dad was like 'Wauw..' and so was I. Hassan said I had to wear it with cocktail dresses, so he was looking for some. He picked out 2 dresses. One of satin and one of wool. First I tried on the wool one. Just really pretty and I wore the jacket over it. It was really pretty and then I tried on the satin one. Let's put it like this. It wasn't my thing. I'm just not a satin girl. And there were the shoes. Gosh, I felted so shy when I was there haha. But when I went into the store, it never was my intention to try anything on. But after the fitting session, my dad asked me if I wanted the jacket and the woolen dress. And I asked 'are you serious?!'. It's so bloody expensive! But he didn't care. So I got the jacket and the dress. Incredibly lucky me. I'm still so unbelieveble happy with it.

The next day we went back for shoes for underneath it, but I picked out a pair that didn't matched that well with it. Oeps haha. But they're also really beautiful. 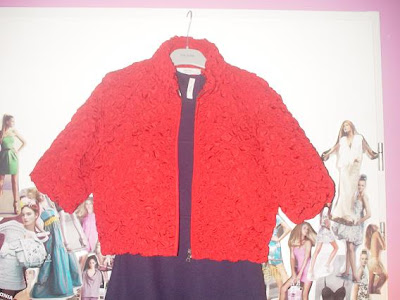 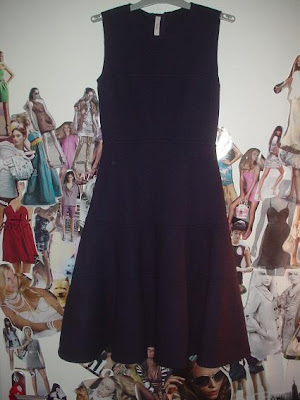 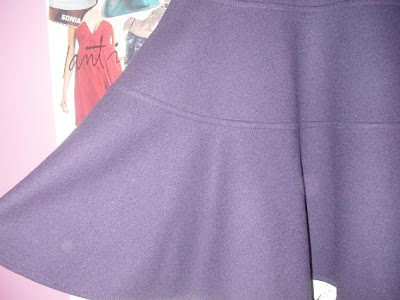 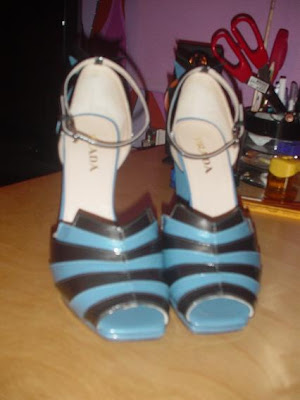 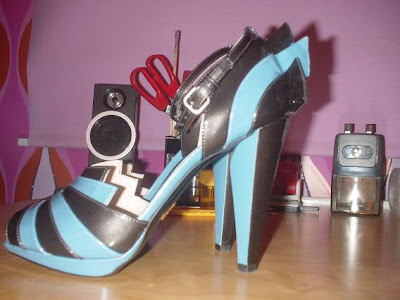 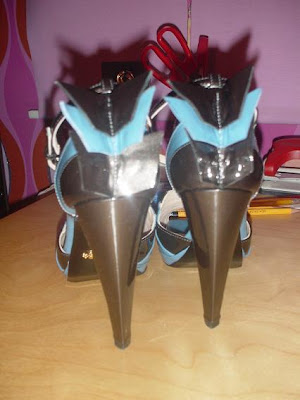 Sorry for the bad pictures, but as I said my camera is empty and so I can't make new ones at the moment.
Posted by Sam at 2:47 PM